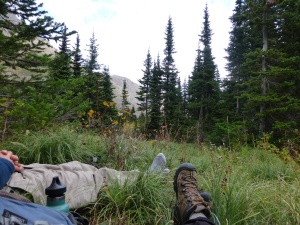 How many psychologist does it  take to change a light bulb?    Just one; but the light bulb has  to want to change.

Lots of newness and  improvements are happing to  our blog.  The biggest one is the name change.  The Wild Women Book Club has now become……Wild About Books, A seriously great reference site for book lovers. If you are a follower of this blog, you get emails when a new post has been published and you don’t get a chance to see the blog, which is now more of a web site with the home page being the blog itself.  Check it out; Wild About Books.

My challenge this week was from my son Zach.  He asked if I ever read about things that I didn’t believe.  For example, I’m a vegan and probably would only read books and cookbooks that promoted the health benefits of being a  vegan.  Or, when I  wanted to read about Mormonism, I chose a book about a person that ended up leaving the Mormon Church because it justified my beliefs about the Mormon religion. The closest I’ve ever come to reading something that might not lean towards my beliefs was when I read “Killing Lincoln”.  My mom had a fit that I would read something by Bill O’Reilley; I didn’t know who Bill O’Reilly was so that one doesn’t even count. The day after Zach challenged me, my dad called, which only happens one to three times a year, and recommended a book “Mere Christianity” by C. S. Lewis. Dad is on his 4th time reading this book.  He must really like this book to recommend it to his unreligious daughter and to be reading it for the fourth time.   I do believe that the universe makes things happen for a reason and that it is important that you are aware of the signs from the universe. Therefore, through the combination of Zach’s challenge and dad’s recommendation I will be reading  “Mere Christianity“.  C. S. Lewis is the author of the popular series The Chronicles of Narnia of which “The Lion, The Witch and The Wardrobe” is one of the books.  I just started “Mere Christianity”  and haven’t even gotten past the introduction and forward and I am already sucked into the philosophic style of writing.  You have to read each sentence with focus because each sentence is a masterpiece of writing.  Then you have to stop and ponder the sentence.  This is the epitome of a thought provoking book.

In the mean time; I’m reading “Winter of the World”, which I’m really not into and “The Gluten Free Edge”  a book about gluten free athletes and how their performance improves by eliminating gluten from their diet.  I don’t recommend the book but I do recommend trying a gluten free diet. You must be asking yourself; how will she find time to research and find a book for January with all of this extra curricular reading going on in her life?  No worries my fellow followers, I have my staff and the universe working on that research right now.

2 thoughts on “Changes and Challenges”