In my last “Wake up your Life” Webinar (a free webinar lead by a certified wellness coach) our focus for the two weeks was ‘secret acts of virtue’.  The mission of this focus was to do good things for people anonymously.  Fun.  I love the active activities; something you can sink your teeth into.  I pictured myself wearing an invisible cape doing good deeds on the sly. 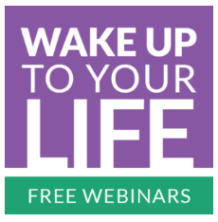 The project did not start out as expected.

“Hey,  thanks for the organic dark chocolate peanut butter cup Lisa.” or “Did you put that bag of fresh picked huckleberries on my desk, Lisa?”

Everyone knew it was me.

I needed my secret acts of virtue to be with strangers or leave doughnuts, which is against my foodie religion.

I couldn’t think of a planned secret virtue.  And even if I did, like leaving a five dollar bill under the windshield wiper of a car in a handicap spot, the act still seemed to be a sort of fuel for my own ego.  I was in a conundrum.

As I was driving to Hamilton on a Saturday with my list, a car ran into a truck right in front of me.  If I had been not paying attention or had been driving too close I would have been right there in the wreck as well.  I pulled over to the side of the road right behind the wreck, a car was smashed and a pickup truck had some minor damage.  My first thought was that I should call 911 as I was the first person to see this accident and I was right here next to it.  But my fingers wouldn’t work. When they did work, I couldn’t work my phone.  As I was fumbling to do my good deed, I watched as a man got out of the truck with his phone to his ear and was walking to the smashed car to check on the passengers.  I realized everything was taken care of as I carefully moved into the line of cars driving around the wreck and my focus returned to my day and my list.

I pulled into the parking lot of the grocery store and saw that my ‘pulling over behind the wreck’ must have been a good slam to the brakes as the cooler had moved from the back of the Subaru to the front, tipped over, come open and the frozen milk carton of water had ejected itself from the cooler.  I put everything back together as the ambulance drove by with its siren on.

I completed my list in an efficient and timely manner.  I headed for home passing by the wreck site.

My daughter Hannah had been in a wreck several months before this.  T-boned while driving through an intersection totaling her car.   Immediately after her wreck, a female pedestrian walked up to Hannah’s car at a busy cross road and asked what she could do to help.  Hannah asked for help to get out of the car.  Hannah managed to shimmy her way from the crushed driver’s side, disentangle herself from the deflated air bag as the woman helped her out the passenger side window.  The woman sat with Hannah on the curb as they waited for the police, ambulance and Hannah’s friend to show up. The woman literally supported Hannah as Hannah leaned against her at the crash site. When Hannah’s friend showed up the woman disappeared from the scene as quickly as she had appeared.  She left without Hannah asking her name or being able to thank her.

I was so grateful for this woman who helped Hannah.  Hannah’s “wreck mom” I called the woman.  I told Hannah I was going to pay it forward and next time I saw an accident I would be someone’s “wreck mom”.

I didn’t think about it.

But that is what the Wake up Your Life Webinar is all about.  Consciously doing an anonymous act of virtue will lead to automatic acts of virtue.  Focusing on the moment at hand, not on your list or self-imposed timed schedule.  In other words “wake up your life”.  Hannah told me that I am now one step closer to being a “wreck mom” for someone else, the time will be right and I will step in without thinking about it. 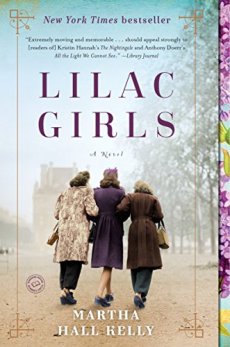 “Lilac Girls” is a historical novel based on a true story and, yes, it’s a World War II novel.  It’s so good.  Great story, engaging characters.  Characters whose lives are woken up by horrific events.  Characters who unconsciously help strangers, their fellow man, in unthinkable situations.  A very well written book. I highly recommend “Lilac Girls”.

For more great book selections check out Wild About Books.  If you’re interested in the Wake up Your Life Webinar’s with Meg Poe check out her website, click here.

2 thoughts on “Secret Acts of Virtue and New Book Selection” 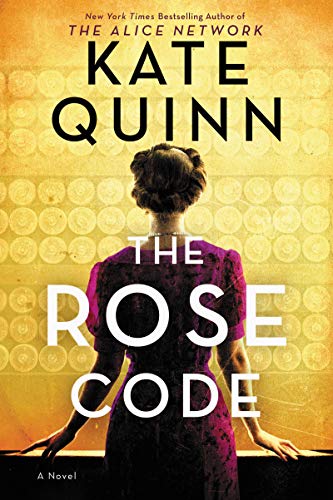